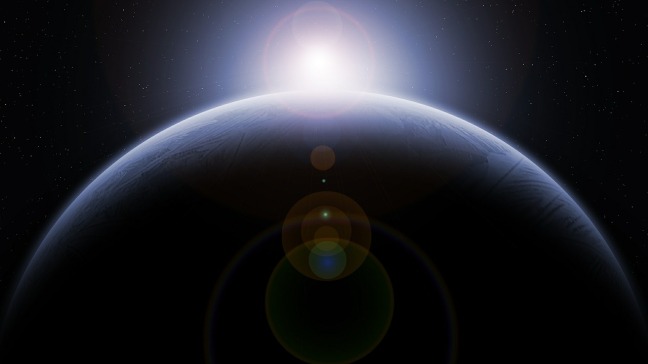 Commercial space travel? Extracting resources from asteroids to bring back to Earth? Careers based in space? These all sound a bit like science fiction. However, some believe they could become reality in the next 20 or 30 years.

There is a renewed interest in NASA from the US government as they plan to send humans back to the moon by 2024. Combined with a rise in the number of private companies like SpaceX looking into space tourism as well as other space-based industries, we could be looking at an entirely new location for work: space.

In particular, space mining, or extracting resources from asteroids, has real potential to be implemented in the future. But what exactly is space mining, what does it mean for the economy, and what types of jobs might it create? We’ll look at how it works and what needs to happen before space mining really becomes a reality for us.

What Is Space Mining?

Space mining is the extraction of resources from near-Earth asteroids, the moon, or other celestial bodies. As we face rising resource scarcity on Earth, the possibility of finding metals, minerals, and even water in space could potentially lead to a huge industry built around extracting those resources, using autonomous robots and mining stations set up on asteroids or on the moon.

It is possible that rare metals like gold or platinum could be found in staggering quantities on near-Earth asteroids, adding up to potentially quintillions in monetary value. However, the inherent value of rare earth metals doesn’t just lie in their aesthetics. Platinum, for instance, has a value of nearly $26,000 per kilo, partly because it is a main component in catalytic converters. Catalytic converters help normal cars to run cleaner while also making it possible for hydrogen cars to work at all.

Perhaps an even better use for these additional resources would be to keep them in space and use them there to create components for space craft. Building rockets and other spacecraft on the ground and then launching them later is extremely inefficient. Space mining would allow the construction of spacecraft in space itself. Other necessary metals like iron and titanium are already available in nearly unlimited quantities.

The mining of these rare earth metals on earth is an extremely toxic process that sometimes takes place under unethical conditions. Moving these mining operations off the Earth and into space removes these pollutive industries, potentially helping to save Earth’s delicate biosphere. It also addresses the ethical dilemma by using robots to do the actual mining.

Though the use of robots would clearly eliminate some jobs, there is obvious potential for an entire new set of workers to build, repair, and work alongside the robots used to mine these resources. Space mining could also help move manufacturing and other industries into space in the future.

Space mining doesn’t necessarily only involve minerals and metals. There is potential in the distant future to travel as far as Jupiter, mining the atmospheres of the gas giants to collect rare gases like Helium-3. Helium-3 is extremely rare on Earth but appears in the atmosphere of Jupiter and as an isotope found on the moon.

This rare gas could become an ideal non-polluting fuel in the future because it could be used in fusion technology. Reaching Jupiter, at over a billion kilometers from Earth, is still a stretch for our current technological capabilities. However, extracting Helium-3 isotopes from the moon could be a real possibility.

Asteroids and the moon are also a valuable source of one of spaceflight’s most necessary elements: water. If you split a water molecule, you get hydrogen and oxygen—i.e., rocket fuel. A particularly costly aspect of space travel is the transportation of enough fuel to get you there and back safely.

Interested space miners see asteroids containing water as potential new gas stations of the space age. A trip to Mars, for example, would be infinitely cheaper if you had the option to stop along the way to refuel and pick up additional necessary resources. Eliminating the need to carry certain resources like rocket fuel means that there is potential to travel much further in space than we ever dreamed possible.

If industries like space mining and space tourism really begin to become feasible in the next decade or so, there will be a flood of new jobs necessary for support. We will need jobs like specialists in space construction and repair, on-orbit refueling specialists, space architects and construction experts, LEO (low earth orbit) pilots, and even space lawyers or medics. Keep an eye on these burgeoning industries and you just might find your next career out in space!

For more information on the program, check out https://space.mines.edu/.